Some Things I’ve Made: Part Two

Some things I’ve made: Part Two

I’ve been producing a couple of spoons a week now for several months. Initially, I modelled them after metal spoons I found in my kitchen, but gradually, their style has changed, partly in relation to the tools I’ve been learning to use, partly through looking at the work of other carvers. I’ve also developed a bit of my own aesthetic for these objects of mundane utility – what feels good in the hand and pleases the eye. 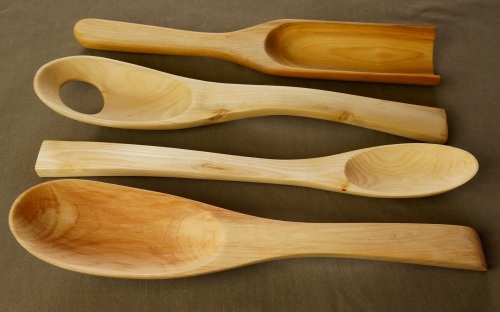 Some recent spoons in yellow cedar, hazel, and alder

To speed this process along, I built a shaving horse, based on several designs I saw online. This allows me to use a draw-knife and spoke-shave, tools that make carving much easier. I also completed an adze and hook-knife under Lorne Grey’s excellent tutelage during our forging nights. 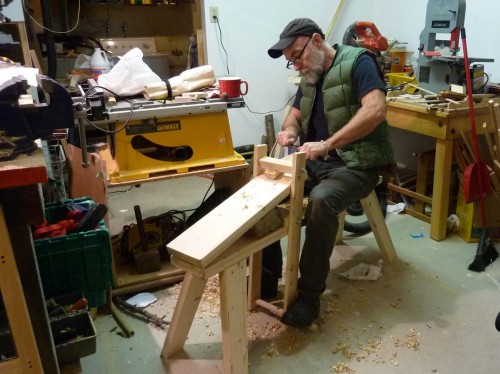 Using my shave horse in my shop 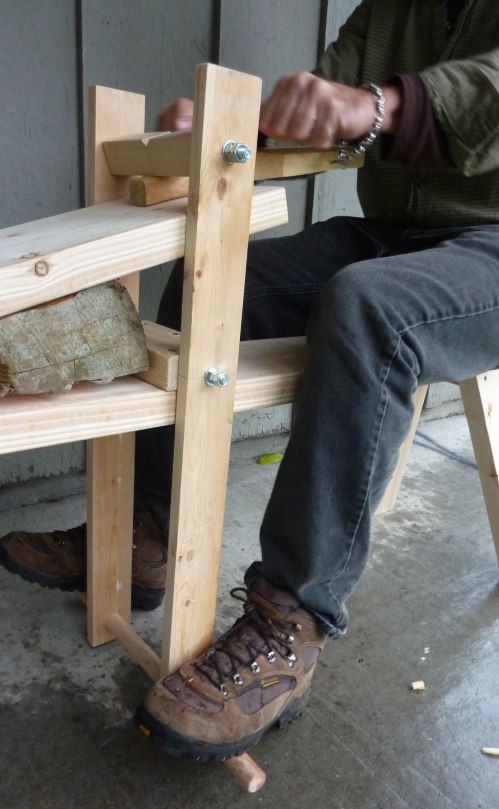 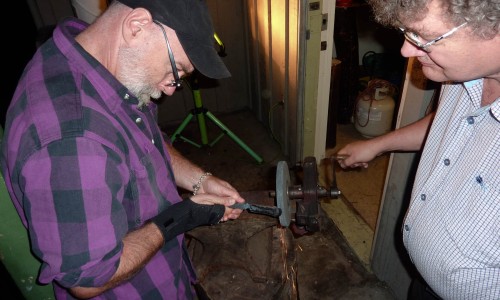 Lorne helping me to grind my adze blade

The search for green carving wood is an ongoing process. I carry a small folding saw with me and watch for trees or branches felled by wind or pruned by neighbours or city workers. There is only so much I can carry on a bicycle, but bungee cords are amazingly helpful in this respect. I’ve brought back pieces of cherry, alder, apple, and hazel. While out at the beach I found a large chunk of yellow cedar, left behind after someone had cut-up a huge log. With help from David Gowman and a rented van, we managed to drag it back to the field-house to be split-up for a number of carving projects. 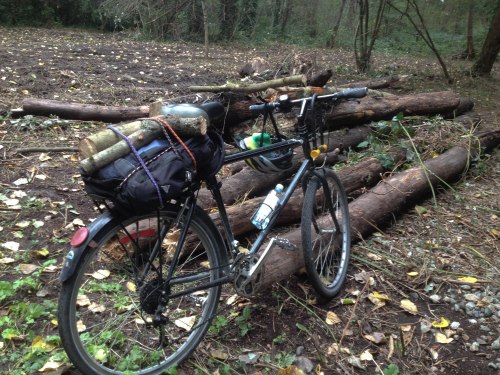 My bike as a pack-mule 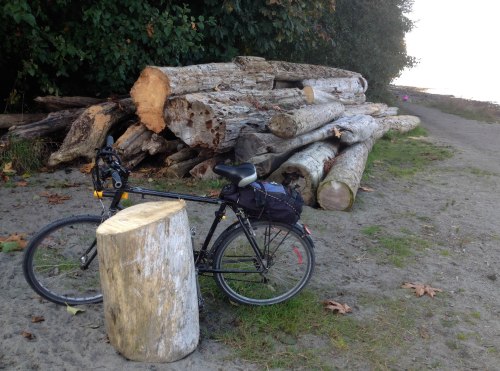 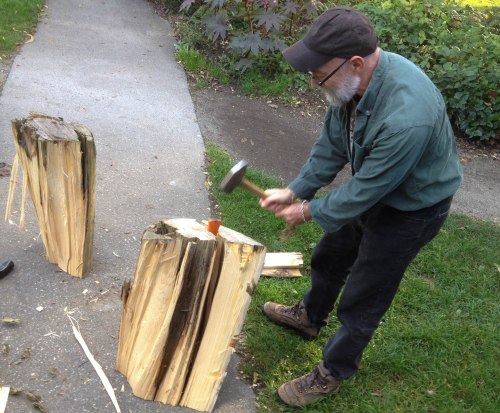 During a recent community event, Amy spotted a large pile of plum-wood, cut and dumped on the sidewalk. As luck would have it, Karen had her car and we were able to squirrel a large quantity of it at the studio. These pieces were large enough for bowl carving, so I began the process of carving two out of a single piece of wood. Both have checked somewhat during the carving phase, but the experience has been a good one. Stay tuned for finished bowls. 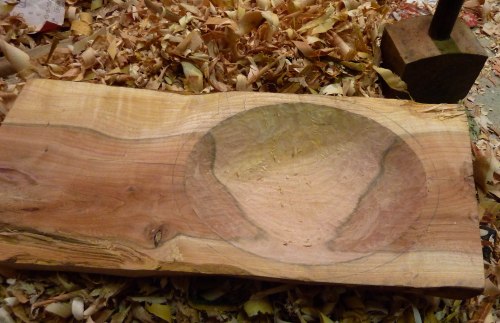 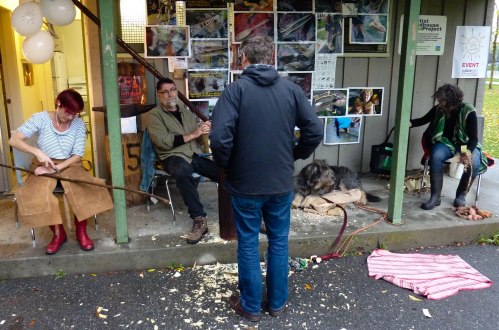 4 responses to “Some Things I’ve Made: Part Two”