Some Things I’ve Built – Part One

Over the past year or so, I have been busy making a number of things both related to fibre arts and to woodworking.

As part of the Urban Weaver Project’s investigation of growing local cloth, I built some of the equipment necessary in the production of linen. With funds obtained by Penny Coupland from the Vancouver Foundation Neighbourhood Small Grants, and using plans she purchased from The Woolgatherers, (a family business in Wisconsin) I built a flax brake, two scutching knives and two hackles. These are used to extract the long, supple fibres from the stalks of the flax plant, that we had grown locally. 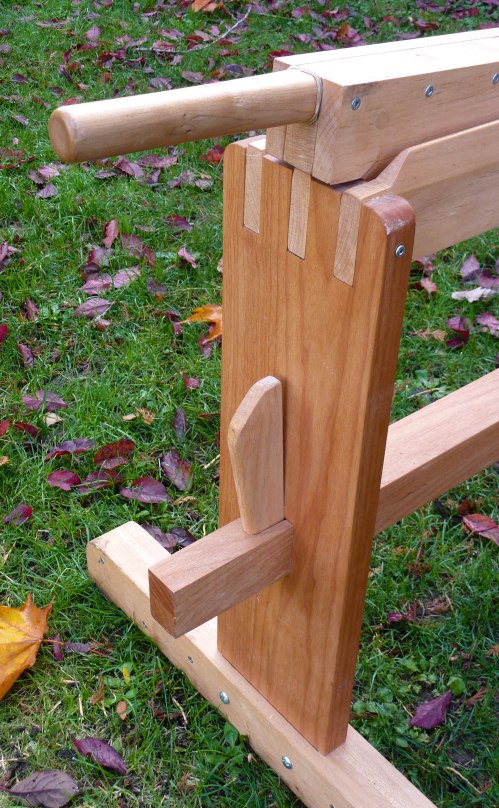 After flax is harvested, it is left in water or in a damp field to break down through the process of retting, which uses bacteria to dissolve some of the connective proteins and lignans within the plant. The stalks can then be run through the brake, which shatters the pithy core, and allows the remaining outside layers to be separated. The scutching knife helps to remove the last pieces of pith, before the strands are pulled through various sizes of hackles, separating the individual strands, which at this point resemble human hair. From here, the fibres are spun and woven into cloth. 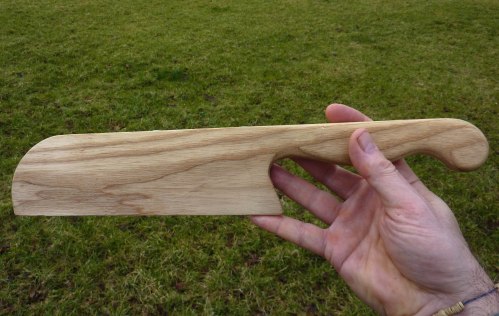 Since ancient times, farm folk would be familiar with these methods and would incorporate the growing of flax into their agricultural cycle, so that most of their clothing needs could be met. Much stronger and longer-lasting that cotton, flax also requires much less water, fertilizer and pesticides. As it can be grown in northern climates, it does not require the shipping and exploitive labour practises used in the production of cotton. 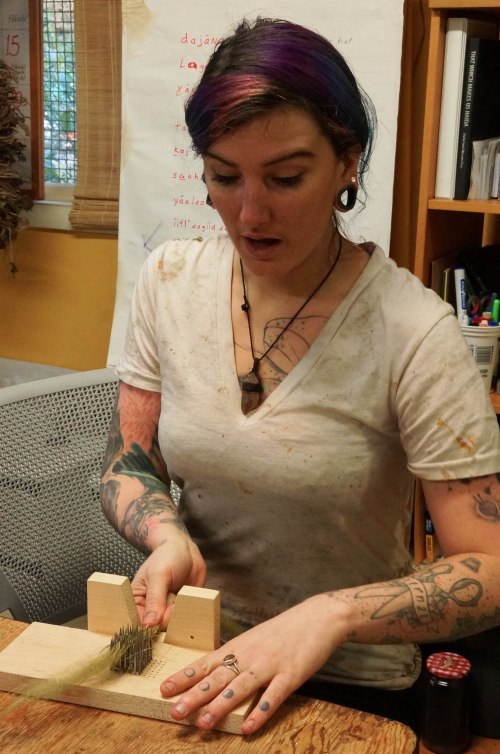