I finished two more bowls a while back and thought it was time to document them. 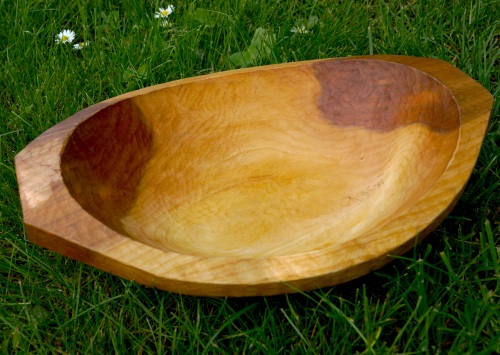 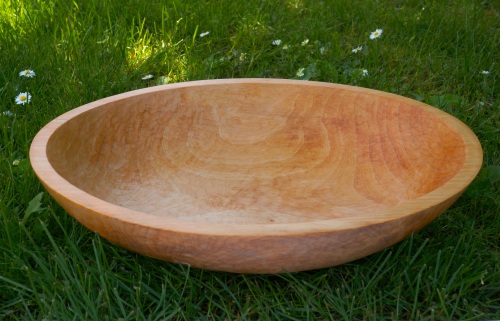 The smaller one was made from the large piece of plum found by Amy from a tree cut down in the neighbourhood. Initially, it had a flat top but warped during the drying process. The result is quite pleasing even if it wasn’t intentional.

The second was from a very large Red Alder tree, one of many removed by the city from the steep bank above Spanish Banks Beach. The logs were placed in the firewood area on the beach where they are free for the taking. Mark and I borrowed Karen’s Volkswagen and retrieved the rather cumbersome chunk of wood, and after some effort, split it in two on the road in front of his house. 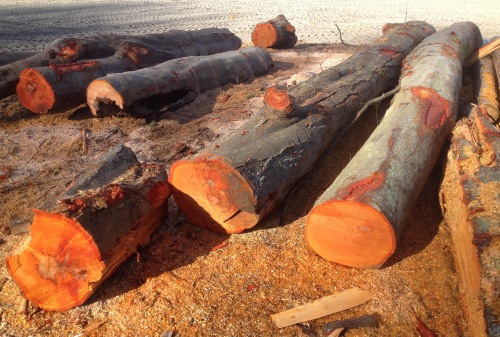 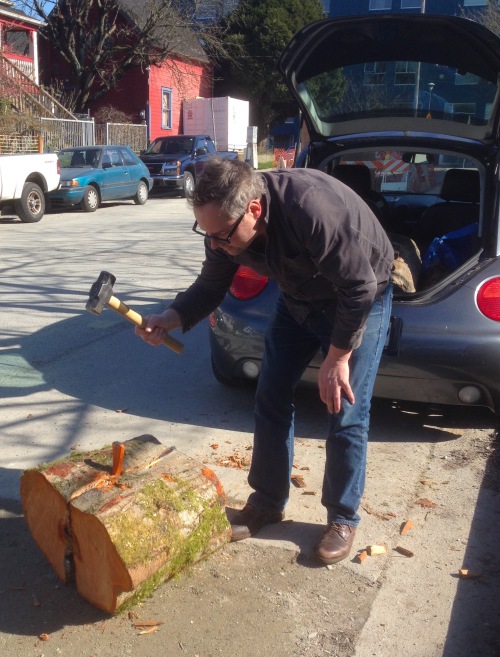 The adze I made with Lorne during our blacksmithing stint proved invaluable in shaping this bowl. It was knife finished using my set of hook knives over a few weeks. It is coated with a mixture of beeswax, carnauba wax, and mineral oil.